I’m performing with the “Flagpole Radio Café” show on Sat. Sept. 28 at 7pm (TIX FOR THE SHOW AVAILABLE HERE) and I asked producer Martin Blanco to explain to me who was who in the show and how the show was created.  He wrote me this in an email, and I asked if I could share it with you as a special guest blog post. Read Martin’s email below: 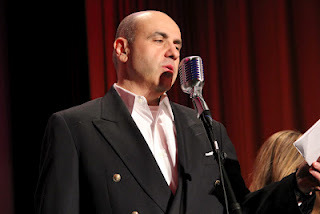 My name is Martin Blanco and I am one of the Producers of The Flagpole Radio Café  in Newtown, CT.  It was created by Jim Allyn, Robin Fitzgerald, Barbara Gaines and me in conjunction with the Newtown Cultural Arts Commission of which I was a member.

The first presentation was September 20, 2008.  George W. Bush was still President; Barak Obama had not yet been elected and the economy collapsed just a few days prior.  My son Matt turned seven.

Although I am officially a full time home-maker (since June of 1999), I spent my adult life working in the performing arts as a arts administrator/producer, stage director, teacher and dramaturg.  I also enjoyed a brief and undistinguished career as an actor.

There were some acting high points:  I was in a production of John Guare’s Moon Over Miami at the Yale Repertory Theatre which featured Stanley Tucci, Tony Shalhoub, Oliver Platt and Julie Haggerty.  I was in the chorus and Dana Reeve (then Dana Morisini) was my dance partner.

Anyway, in my spare time I had been working for a number of years on a comedy written by my best friend John Morogiello called “Irish Authors Held Hostage.” The show enjoyed much success in Washington DC and a little bit at the Fringe Festival in New York, but the project was winding down.

I met the other founders of The Flagpole Radio Café at Hawley Elementary School in Newtown where our children attended.  I met Barbara and Robin from working on the PTA’s Cultural Arts Committee.  I met Jim through his wife.  His wife and I were both co-leaders for our daughters’ Brownie Troop.

I had the idea for our show after watching a presentation of radio style sketches written and performed by students at Hawley and guided by my friend Jane Luongo.  At the same time, Jim was hosting “parties” at the Town Hall where he would perform music for friends.  At the same time, the Newtown Cultural Arts Commission was looking to present something of their own.

I thought, why not put together a show with music, radio style comedy sketches, a rotating guest artist, a fake news broadcast to keep it topical, and our daughters can dress up as 1940’s ushers as a sort of charming window dressing.  I knew Barbara and Robin were hard workers who could accomplish things when they set their mind to it, plus Barbara had a career in the performing arts. Jim was an outstanding musician with ties to the best musicians in the area.  I gathered them for a meeting in April 2008 and within ten minutes they all said “let’s do it!”

And so The Flagpole Radio Café was born.  We’ve had our ups and downs:  people have come and gone, in 2011 our town was devastated by a hurricane AND a freakish October blizzard .  On balance I think we’ve done a remarkable job.  And then the world came crashing down on December 14, 2012 when an emotionally ill man murdered 26 people in our town.  One of the victims was the son of our ensemble members Francine and David Wheeler.  I did not anticipate doing any more shows.   In time, our town wanted to see the show return and the ensemble members wanted to continue too.

So here we go. 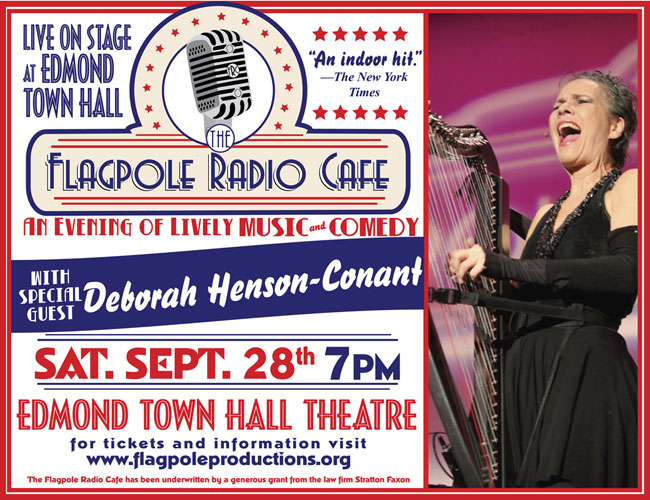 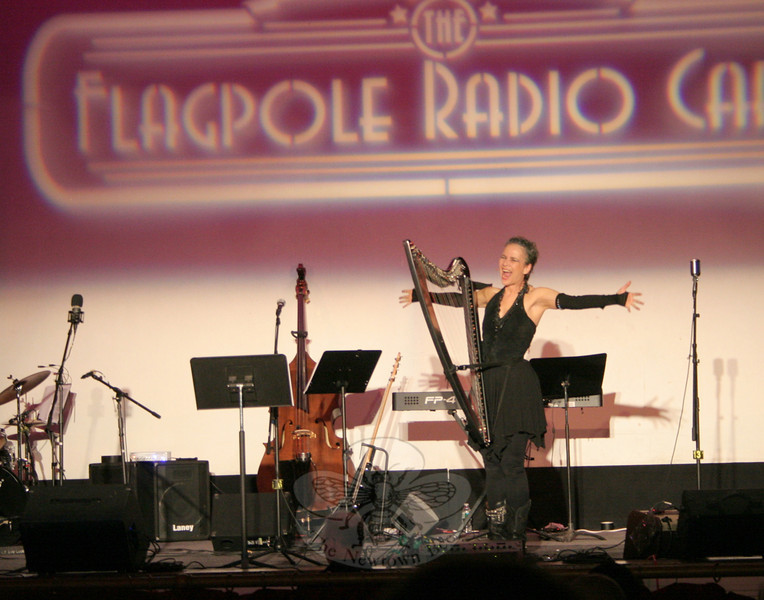