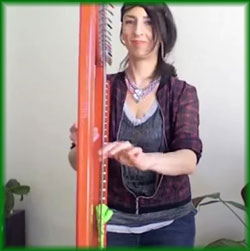 Happy St. Patrick’s Day … and have I got a harp for you! In fact I’ve got eleven of them!  Eleven of the final projects from my “Hip Harp Toolkit” course.

The course is a 10-week online course for harpists. The goal is to learn to create impromptu harp arrangements.  And the final project is a medley of 3 tunes – many of them Celtic tunes – especially for St. Patrick’s Day.

I try to run the course 3 times a 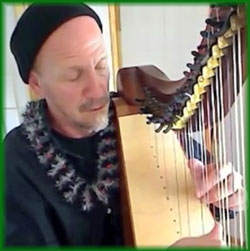 So this session focused on Celtic tunes, and we had a guest Celtic coach, prize-winning Celtic harper Marta Cook.

What WAS this Final Project?

The final project was a 3.5 minute medley – some using Celtic tunes and some using music from Austrian yodling songs to electronic harp beats.

There are 35 students in the course, and 11 of them completed final projects via video. 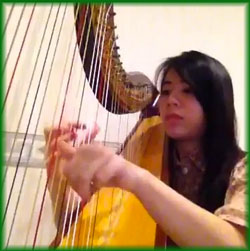 There’s very little that’s TRADITIONAL about these mini-projects – though some will sound more traditional than others.  We didn’t stick to Irish tunes, and we didn’t focus on presenting them in a traditional Irish or Celtic way.  We simply used the underlying melodies as a jumping-off point.

The beauty of this is that you’ll see a similar structure (a 3-part medley of contrasting tunes) – but presented in 11 completely different ways. 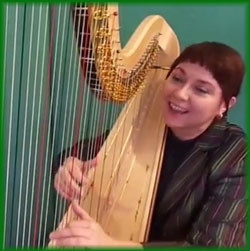 You’ll also see each person embracing one of the course’s core principles: Imperfect Completion.  The goal is not to create something perfect, but to complete and release something imperfect.  And then go on from there to yet another imperfect completion.

The point of the final project was to create a THING that used what YOU learned from the course in a way that would move YOUR personal journey with music forward.

So, in many ways, they’re Beginning Projects, not Final Projects. There’s really nothing final about them!

I outlined the project specifically, but not to limit the students.  I did it because a blank slate, or a “Do whatever you want” is one of the most stultifying places I can imagine.

What Did I Learn? 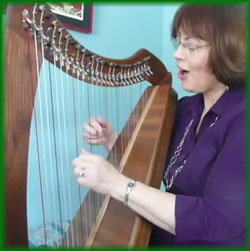 What I, personally, learned during this session of “Hip Harp Toolkit” – thanks to the students’ questions and my guest coach, Marta Cook is that I don’t play WITHIN any tradition, but take FROM  many traditions.

This is something that became clearer and clearer to me during the course as I discovered we needed to say things like: “I’m showing you how to create a cadenza … but you’d never put a cadenza in the middle of a traditional Celtic arrangement … and you’d probably never add a ‘three-time turnaround’ at the end.”

I began to realize that my own understanding of arrangement is based on musical theater, classical music and jazz – and that playing Celtic music traditionally is a completely different world!

But you can learn a LOT by studying the contrasts and the similarities between playing traditionally and taking from a tradition – and you can definitely take those beautiful, simple Celtic melodies and turn them into little musical journeys. 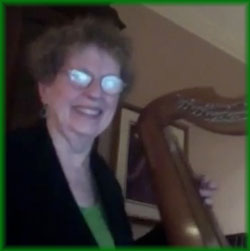 So when you see the student’s final projects, you’ll see 11 little personal journeys. You’ll also see a variety of playing levels – some are fledgling players (nearly beginners) and others are professional.  You’ll see that in most cases they had to make the tunes very short to fit them into 3.5 timeframe and sometimes had to play just part of each tune.

After the course is over, they’ll be able to ‘open up’ these tunes to their full lengths – but for the project, we keep it very short.

I’m so proud to be working with this group, to watch their support of each other as courageously create NEW things – as they break free of the printed page – and embrace the journey of truly expressing themselves with their instruments.

I’m proud they’re willing to share these imperfect completions with you and tell you a little bit of their journey by answering five questions I asked them each to share.

I hope you enjoy them!  I’ll be posting them them one by one and will add the links below as I do.