Well, it ain’t your light-and-fluffy music, for sure … but it’s definitely dramatic! 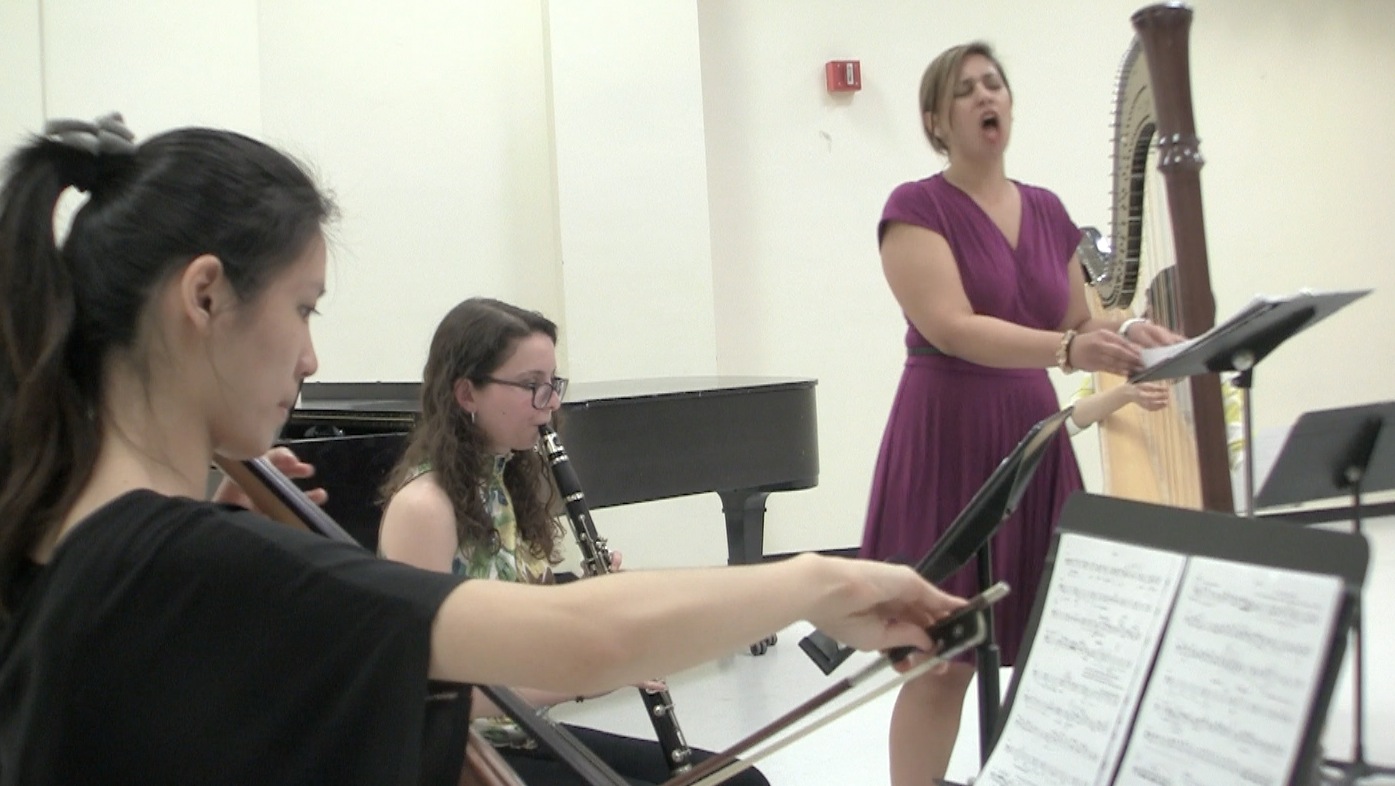 I wrote it nearly 30 years ago, debuted it in NYC with soprano Gloria Hodes,* and when my own solo career suddenly shot off like a cannon, these two pieces sat in a box. And sat. And sat.

In 2012, on a whim, I sent scans of the hand-written scores to harpist-copyist Noah Brenner, and bit by bit he turned them into readable, publishable music. 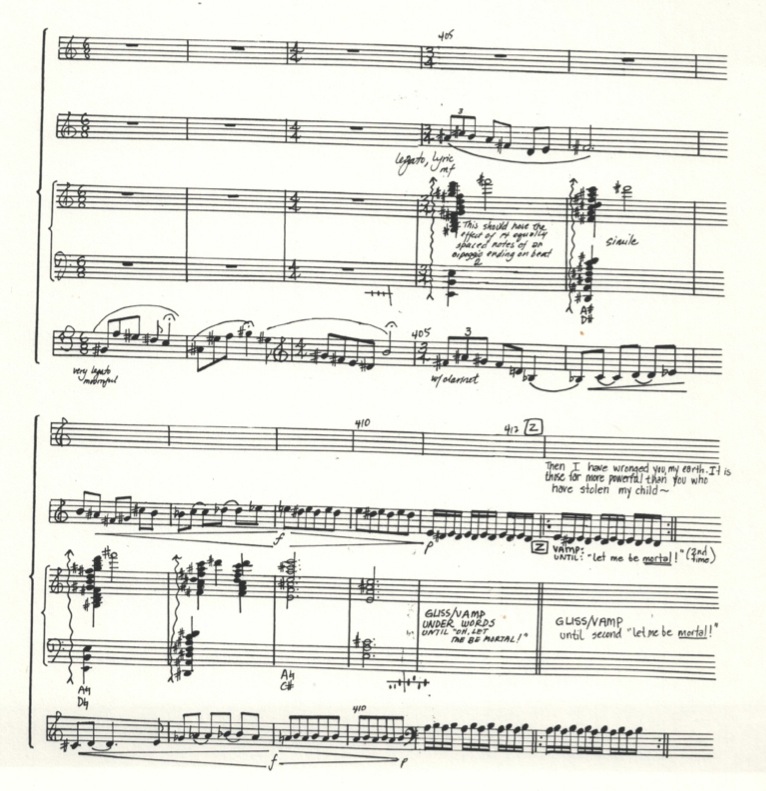 In 2013, by happenstance, I connected with Boston University Chamber Ensemble coach Barbara Poeschl-Edrich when I was giving a workshop at B.U., I told her about the pieces, she suggested we present them – and for the past 6 months we’ve been working with five talented young performers to bring these works to life, and prepare them for publication.

So … What are they about?

Oh, you know, the usual: a woman accused of witchcraft and burnt on a pyre, and a Goddess whose daughter is abducted to the underworld.

That kind of stuff.

They’re dramatic works for Soprano & Chamber Ensemble – one is a song cycle and the other is a one-act, one-woman opera.

Comedy, it isn’t – but I love these pieces and they’ve haunted me from their box for decades. When I wrote them, I was trying to understand myself as a woman. I wanted to explore the human experience inside these mythic women because I thought they’d help me make sense of my own world and my own place as a woman.

I started with two clichés: the Witch & the Goddess

I started with two clichés: the woman as witch and the woman as Goddess – and then I asked myself – OK, what does that really mean? What is the true, human, experience from each of these women’s perspectives?

“Songs of the Pyre” is a song cycle: 5 songs that follow a women from accusation to Pyre, sinking into madness as she accepts death as her only release.

“Persephone Lost” is a one-woman one-act opera that unfurls the story of Goddess Demeter’s search for a daughter who was abducted to the Underworld, and who inflicts her own pain onto the world by creating the first winter.

If you’re in Boston, please come to Boston University’s CFA Hall on Thu. May 1st at 8pm for this free concert and sit with me in the audience as I watch this music come to life. You’ll get to see me involuntarily mouth all the words, and lean into every change in the music.

It’s a side of me you’ll never see when I’m on stage myself but it’s a facet of my work that’s deeply important to who I am and what’s important to me.

My goal is to update the works based on edits from this performance and publish these works by Fall 2014. And never put them back in their box again.

* (Gloria Hodes is better known to ME as my Obie-winning, Metropolitan-Opera-singing “Aunt Gloria” )