Passing the baton has a very literal meaning for me right now.

A week from today, I’ll be standing on a podium front of  Louisiana Philharmonic Orchestra members in New Orleans holding a conductor’s baton (no doubt trembling) and conducting the orchestra while a passionate and powerful harp soloist from the UK, Eleanor Turner, performs my concerto “Soñando en Español”. (Below, Eleanor in 2010 performing my mini-concerto “996” in  Wales) 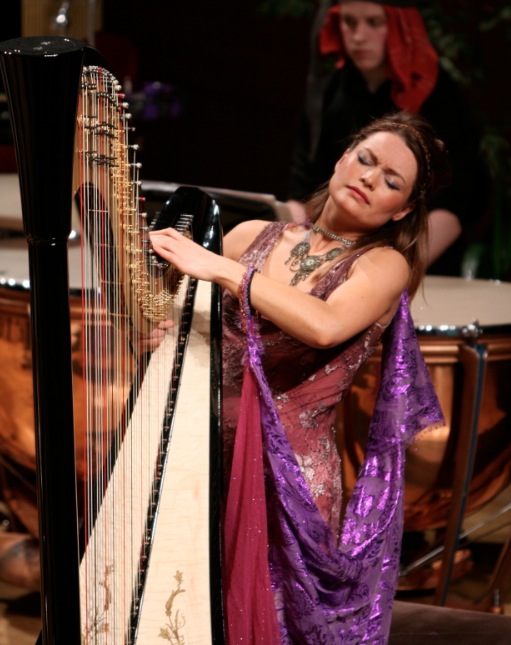 More than 20 years ago, my New Year’s Eve vision was to be playing electric harp in front of full orchestra, performing music that was NOTHING like the harp concertos I’d learned as a student.

I wanted bombast, heartache, rhythm, percussion, brass, LOUD, delicate – I want it ALL. I wanted to tear the harp limb from limb and dance with it in a spiral into new dimensions. I wanted to create music for harp that made audiences jump to their feet in standing ovations.

So I started reading about how to write for orchestra.  And telling people that’s what I wanted to do. And looking for opportunities to do it.

I heard a LOT of “No’s” before I got to the “Yes” that gave me the chance to debut my own orchestra works. 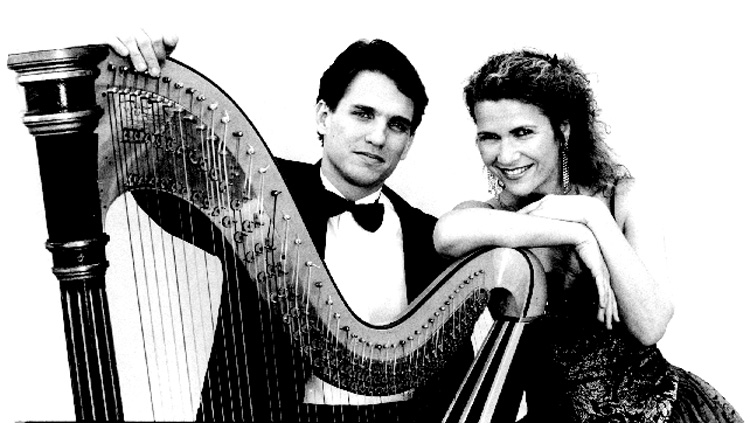 Since then I’ve written dozens of pieces and premiered them with countless orchestras like the Boston Pops, the Baltimore Symphony, National Symphony. I got to create a music special of my original orchestral music that aired on PBS, had the honor of getting a Grammy Nomination for Best Classical Crossover Album for that album. (and yes, this is really a photo of MY Grammy Nomination medal – not just something I found on the internet)

(As I write that it sounds so effortless – the backstory is years of sleepless nights, learning a skill I was completely ignorant about, struggling with music-writing software, hiring bassoonists and trombonists to sit in my kitchen, play what I’d written and tell me a better way to write it, and revising and revising and revising pieces until I finally got them right.)

My goal, ever since I was a kid, was to be the COMPOSER, to create new works that musicians all over the world would play.  Yet for the past 20 years, I’ve been the one playing this music with orchestras – and discovering I love to do that, too – yet still longing to pass that baton on to other musicians who can the music I write to far parts of the world.

And now, in 2014, that’s starting to happen – and with a vengeance.  Boston University presented an evening of my dramatic chamber works May 1st and now I’m heading to New Orleans and after that to Sydney, Australia to conduct the concerto with soloist Eleanor Turner.

My dream of standing in that reality of being the composer, that part of the dream is coming true.

What I didn’t expect was that I would be waving it as well. 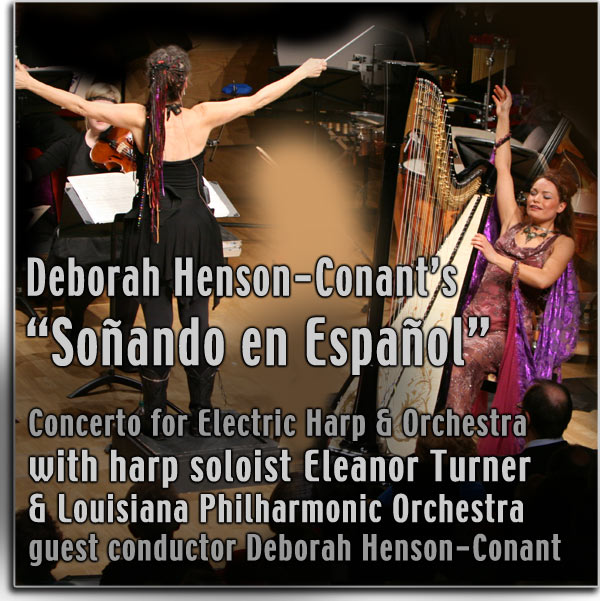