Darth Vader & Doctor Who – get Married this Weekend

This weekend, Darth Vader, Doctor Who & James Bond walk down the aisle together in harpist Shelley Fairplay’s new concert-show “The Three Strands,” on the Great Glasshouse Stage at the National Botanical Garden of Wales.

It’s the official premier of Shelley’s new show and I know every part of it already.

How? For the past 6 months I’ve been coaching Shelley to develop this show as part of my “Harness Your Muse” Mentorship program. I’ve watched the show grow from the very first idea to Shelley’s last-minute jitters. 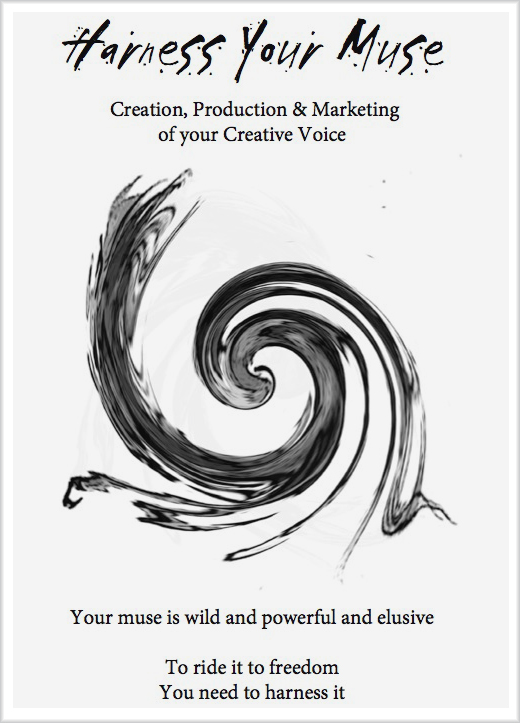 One of my favorite parts of Shelley’s show is the “Wedding Remix” sequence, a series of three vignettes – based on real-life events – in which Shelley, as a wedding harpist, found creative ways to accommodate musical requests of the couples she played for – including the groom who wanted to pace the aisle to the Darth Vader Theme, the couple who fell in love to Dr. Who, and the man, whose name being “Bond” wanted – you guessed it – the James Bond theme.

One reason I love this section is that – like so much of the show – she presents, in music and story, a perspective that only SHE could give us – in this case, her life and experience playing hundreds of weddings throughout the UK, with a personal mission of creating a deeply personalized musical experience for each couple.

The name of the show, “The Three Strands” refers to an age-old Celtic tale that each harper must master three musical strands in order to truly serve humanity.   The details of each strand differ in every story. In Shelley’s version, it’s the strands of passion, sorrow and joy.  But in every tale, these strands are always played by a harpist, and they always encompass the human experience.

Shelley explains that this is a tradition that’s not about ‘traditional music,’ but a tradition of expression. Exploring this through the harp, every musician can create a completely unique style.  Which is exactly what Shelley’s done over the past 6 months, developing a show that combines straight out classical tunes with musical vignettes from her life, a suite of dance tunes that streams from Tchaikovsky to La Bamba – and all ending with her own interpretation of my fiery harp showcase, “Baroque Flamenco.”

If you’re anywhere near the National Botanical Gardens this weekend, catch her show – it’s part of an entire weekend of events that Shelley produced in collaboration with the Gardens that includes a “harp petting zoo,” a harp detective hunt, and two mini-concerts by Shelley’s “Dynamic Harps” ensemble — in addition to her own official premiere of  “The Three Strands.” 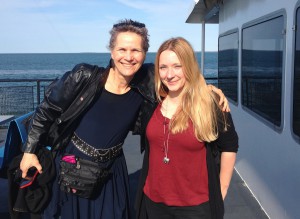 Shelley and me on the Nantucket Ferry earlier this year.

For creative people, the big thing to understand from this is that Shelley has created her own show through the “Harness Your Muse” program, and has started the process of shifting from being ‘A’  good musician to being ‘THE’ one-and-only Shelley Fairplay who has her own show called “The Three Strands” – a show that she’s now booking into other concert series.

To experience this for yourself and become ‘THE’ one-and-only YOU through creating your own show – download the program outline and apply for the program at HarnessYourMuse.com. Applications for the Fall 2014 program are available now.

To see Shelley at the Botanical Gardens in Wales this weekend more info is here at Shelley’s Blog.