What’s Back to School for YOU?

It was an act of desperation – heading back to the classroom last night.

I rode my bike down to the train station around 5pm, pulled it into the bike stable, crammed the lock through my helmet and headed into Boston on the T.

I never like leaving my helmet locked to my bike because I’m convinced someone will come along and put a dog turd in it.  This has never happened, but it’s the kind of thing the kids I hung around with as a teenager would do. So I figure I have it coming. 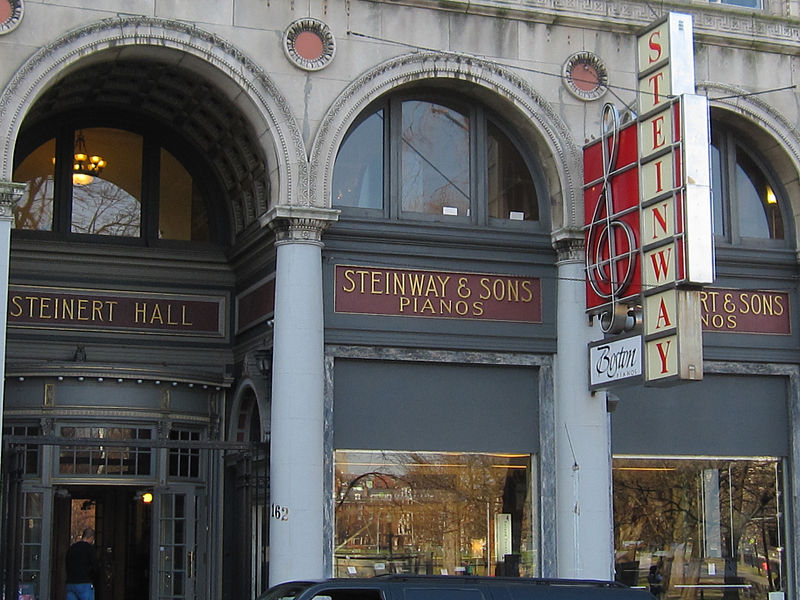 The ground floor of my classroom last night.

I love sitting on the north side of the car heading into Boston so I get the full effect, coming out of the tunnel just before Charles Street Station, when the Boston skyline blooms up outside the windows.  But I went one stop past Charles, to Park.

I got out at Park street, walked across the public garden and headed to GrubStreet, on the 5th floor of the old Steinert building, the one with an empty, aging concert hall in the basement, and a piano showroom at ground level.

And I was desperate.

Sitting in my studio last week, trying to write a blog, worried about what I was saying and unable to finish I said, “Enough! ENUFF! I need HELP! I need DIRECTION! I need someone to just TELL  me what to DO so I can just DO it! I need a WRITING CLASS!“

And so I flipped open Firefox, I went to Grubstreet.org , scanned all the courses and saw “Essays: Finding the Extraordinary in the Everyday” a 3 hour class on Tuesday night with author Alysia Abbott. 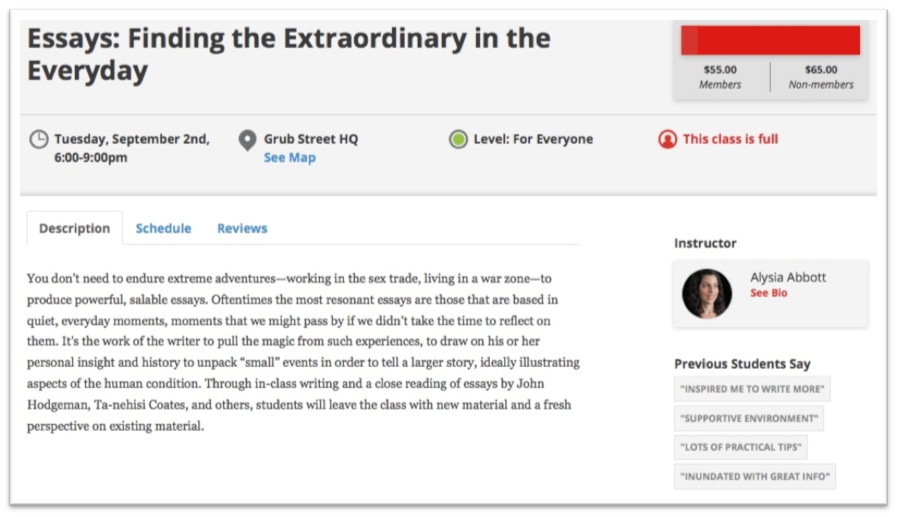 I signed up and I freakin’ just WENT.

Alyssa started out by saying that “essay” comes from the French “to try” – and that our essays were a chance to discover.  To start from one simple, everyday thing, and to unpack it and find out what’s inside.

She asked us to write for 15 minutes about something we were wearing, right now.

I looked down at my sandals and thought morosely at how I wished I were wearing my boots, and then I wrote for 15 minutes about them … and I’ll give you the link in a minute – but I want to finish saying this first:

That changed everything.  Locked door. Can’t get in. Can’t find the handle.  And – BOOM –  someone comes along and says: here … look here.  Do this.   And suddenly the door is open.

So because of that one class, I’m publishing TWO blogs today.  I might even publish three.

Not because it’s a good idea (I suspect it’s a ‘bad idea’ to publish 3 blogs in a day, at least from a blogging or marketing standpoint)  — but  because I want to experience the feeling that I can.

That good or bad, my ability to express myself is unlimited.  That that frustration and ‘stuck’ and ‘help-I-can’t-do-this’ is fixable.  That I’m not stuck FOREVER.

And then I realized … hey, THIS is what people talk about when they take MY courses. THIS is the part that’s important. Not the specific skill, but the freedom from being stuck inside yourself.

And if you play the harp … oh, please come join my newest online course, because it’s all about freedom and passion and the ability to express that at any technical level.  And doing that on the harp is something I DO know how to release.  And it feels SO freakin’ GOOD!

And if you don’t play harp … what are YOU going back to school to learn? And what is your classroom like?

Oh right … and here’s what I wrote about Discovering My Boots.