Who Says You Can’t Heal a Broken Harp?

During my last rehearsal at IUP (Indiana University of Pennsylvania) Dec. 4 – just a few hours before the show, one of my harp levers bit the dust.  It’s not the kind of thing you can just fix later – the lever lets you shift the string into the right pitch. 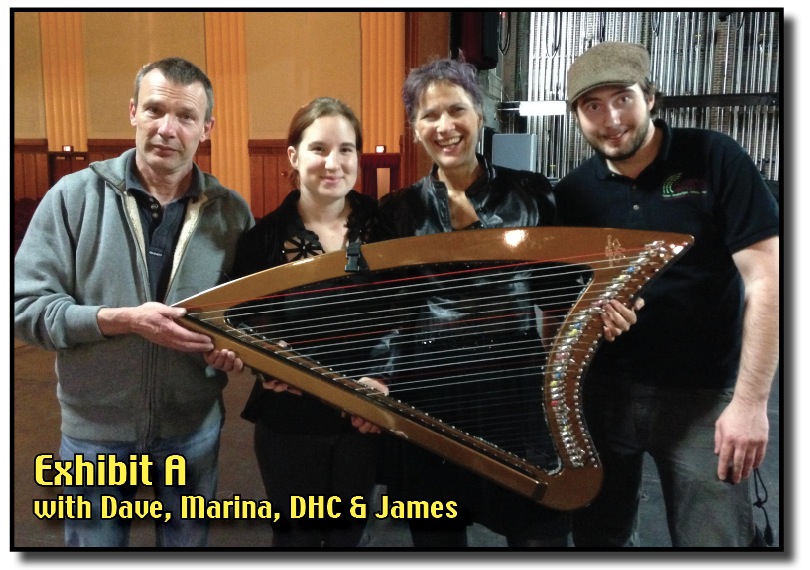 This kind of break happens remarkably rarely considering how hard I ride the levers.  I use them completely differently than most harpists do, bending notes throughout a tune, which means a single lever can get a year’s worth of workout in a single night.

So I always travel with a full supply of levers and tools – but I’ve never had to use them on a timeline.

Right in the middle of rehearsal my top G-lever cocked itself at a funny angle and then dangled down into the strings like a Diva’s rhinestone earring.  I figured I could fix it on the dinner break between rehearsal and show.

The screws on that part of the harp are so tiny I was wearing TWO pairs of reading glasses, one on top of the other, and I still couldn’t even figure out where the screw connected.

It didn’t help that I was panicking, and also trying to get the zipper on my boustier to work (where’s my WD40 when I need it?) 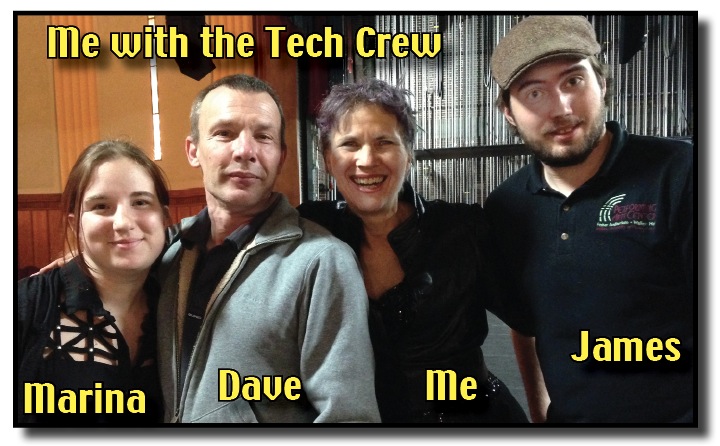 I don’t always have the luxury of a dedicated tech crew, but the IUP theater tech team 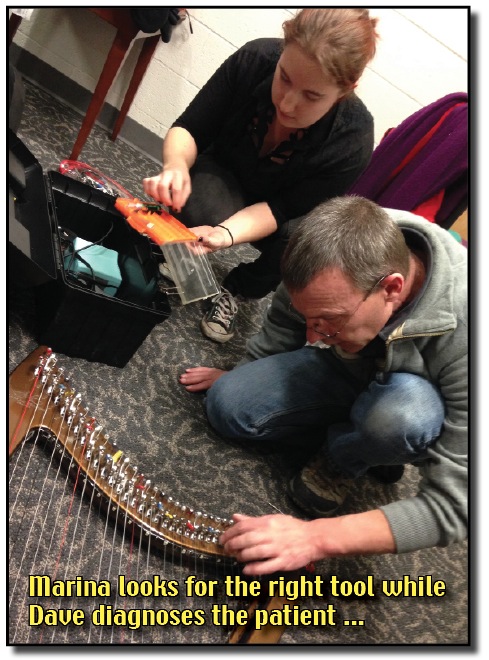 was well-equipped not only with the one Torx screwdriver I was missing, but more importantly with Marina and Dave who marched into my dressing room, wrangled my harp onto the floor, sorted out the puzzle of levers and screws I had in my repair box, and fixed the problem while I hopped around the room in one boot worrying about my zipper.

It was amazing to watch them sort out the problem with no prior harp experience using experienced tech minds:  brains, eyes and hands that had never solved this particular problem, but clearly knew how to address this kind of problem, working together, following simple but effective protocol (Ex: “Here, put this screw in the top of the plastic case so we don’t lose it”), and then upgrading the fix after initially solving it (“Hey, let’s trade out this part of the lever, that way she doesn’t have to go looking for more yellow gaff tape for it.”). 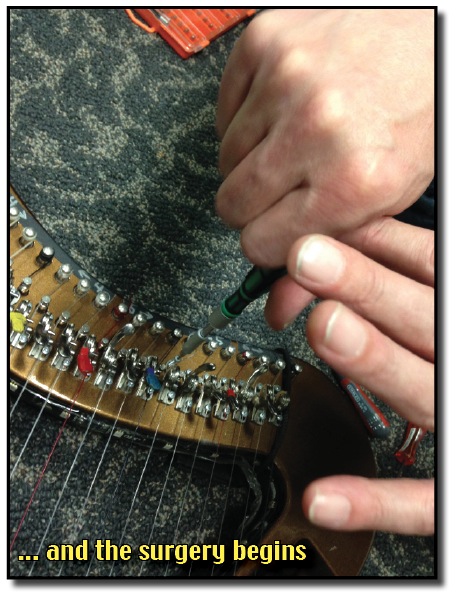 Yup.  Things fall apart.  And Tech Folks figure out how to make them work anyway.

And who says you can’t heal a broken harp? 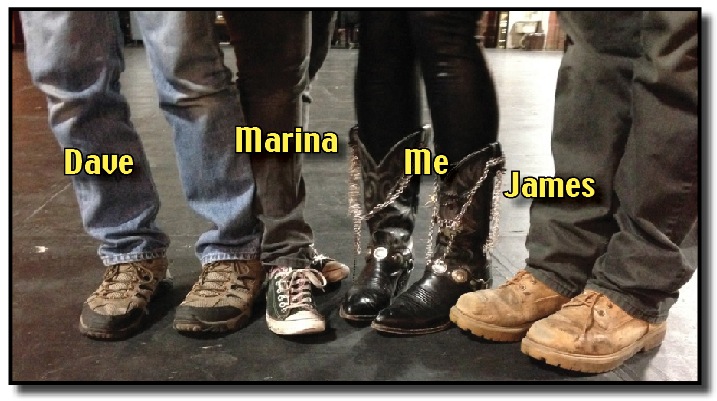