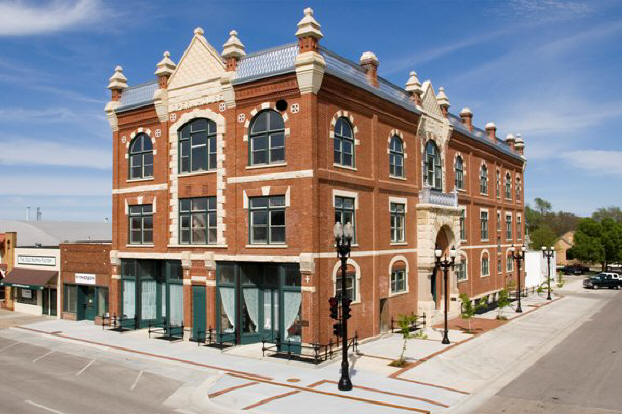 In two days I’ll be wearing my snowsuit and my ruby slippers.

(By the way, last night I could have sworn I heard a local WBUR newscaster say, “Brace yourselves for a GIANT OYSTER headed in this direction!” I was pretty excited. Then I realized she said “Nor-easter.”)

So my snowsuit is for the Nor-Easter and my ruby slippers are because I’m headed to KANSAS to perform a solo show at the beautiful old … and new … McPherson Opera House.

Yes, an Opera House. The McPherson was built in 1888, fell into disrepair at the end of  last century, then got a 5-year renovation and reopened one year ago. In fact, it received a Rehabilitation Medalion Award (Hmmm… wonder if I should go for that one myself in a few years…), and now it’s on the National Register of Historic places.

A building becomes a partner in a performance, just like an audience does – and one of my favorite things about performing in historical venues is the time I get to be alone in the theater, both before and after the show. The relationship, for me, becomes very personal. The building, itself, becomes part of the romance of a performance. So when I have a chance to perform in a building with as much history as this one has, it’s something I really look forward to. 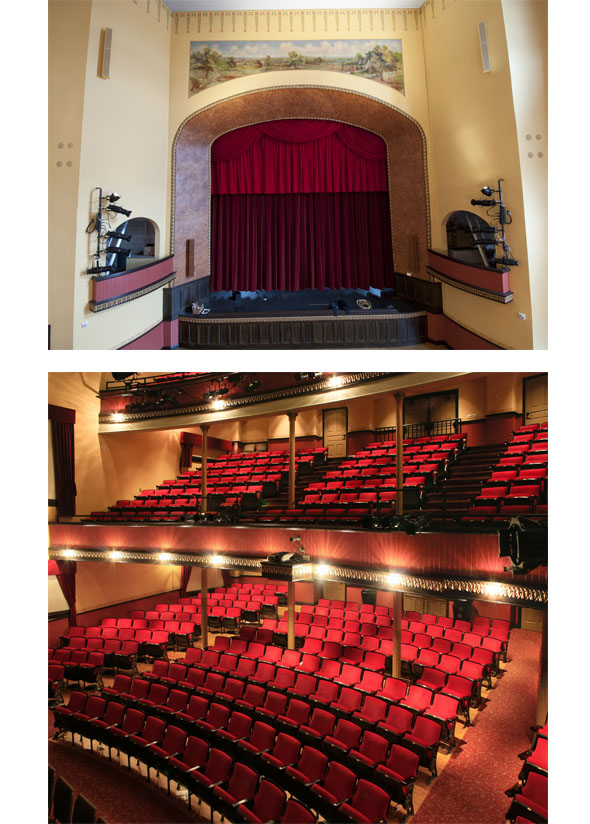 Part of what’s really interesting to me is that when concert halls are rehabilitated, they’re often actually improved, in terms of function.  In this case, while the building itself was restored (you can see by the photos), its capabilities for live music performance were actually enhanced.

But a concert is a combination of performer, hall and audience – so I started wondering: what are the people like in Kansas? So I decided to find all the Twitter followers I could within a 150 mile radius of McPherson Kansas.  (Turns out there were only 60 people who tweet  in McPherson proper), and I started following some of them from my Twitter account. What I discovered was a huge variety of people including artists, homemakers, social media mavens, ministers and hip-hop artists. I’ve been really enjoying following their tweets and getting a little advance taste of Kansas.

But what I hadn’t thought about was how important the movie “Wizard of Oz” is to Kansans. I was talking about the show on Facebook when someone wrote, “They are going to LOVE your Wizard of Oz medley!” — and I suddenly realized I can’t play that piece on the harp I’m bringing! I commented back, “Oh … gulp! I only play that on concert harp and I’m not bringing my concert harp. Any harpists in Kansas want to bring your concert harp to the show so I can play Wizard of Oz???”  and within a few hours, I had an email from a RoJean Loucks, a harpist in Kansas, who’d arranged for another harpist to bring a concert harp for me, so I can play the “Wizard of Oz.”

And then that harpist (who, by the way, is also a belly-dancer), offered to play a cool little Boogie-Blues duet I wrote with me on stage.  (Hmmmm…. belly-dancer … harp … that gives me an idea …)

This is becoming more and more fun — and I’m not even on the plane yet! Now neither giant Oysters nor Nor-Easters could keep me away.

And this is how shows are born, and how they become shaped by the halls and the audiences as much as by the performer, and why I love the adventure of seeing the world from its concert halls and theaters.  If you know folks in Kansas, send them to the show Saturday night  – January 15 – 7pm — or bring them with you if you’re coming! And if they have ruby slippers, I might need  backup pair.  Size 10 womens, please.