A few years ago, I was in the middle of a show in May when I heard myself blurt out that the night before Mother’s Day is actually “Auntie’s Eve” – I happened to have a show booked for that night so I told everyone they needed to bring their Aunts and neices.

So people started emailing me and saying things like “I’m bringing my niece and nephew to your ‘Auntie’s Eve’ show and “Is it OK if my Uncle comes to your Auntie’s Eve Show”  — as if  “Auntie’s Eve” has been around forever and I could just hop over to Walgreen’s for an Auntie’s Eve card.

So then I started getting really excited about “Auntie’s Eve,”  and working out a special “Auntie’s Eve” setlist for the show, and then I remembered that I wrote a song about my favorite Aunt, which I recorded a few years back for a piece on NPR — which you can hear in this little player (click the arrow-thingy and also, you can see me with my favorite aunt in the pictures below): 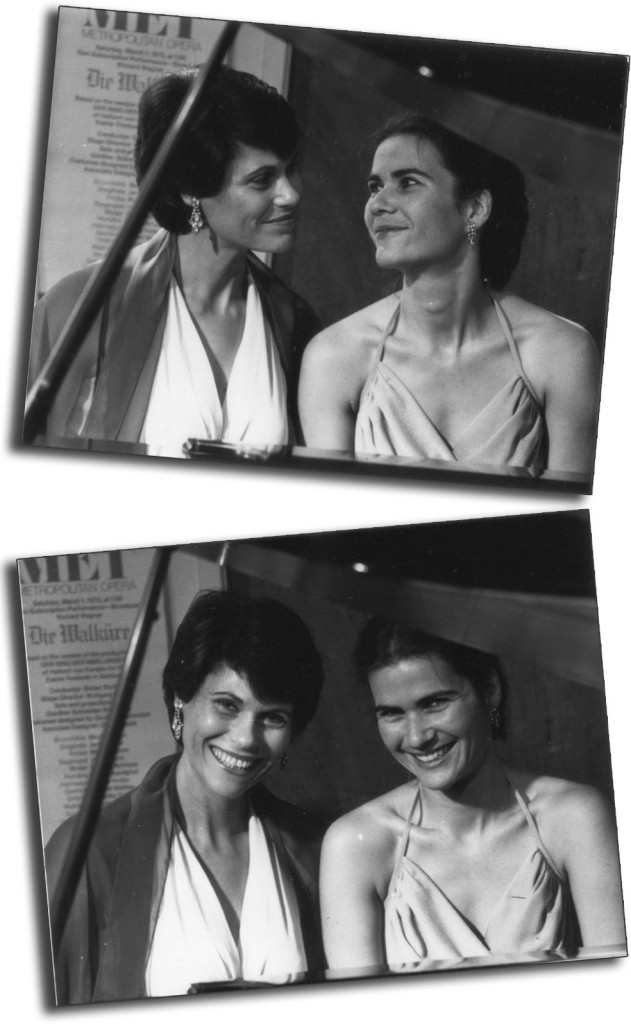 Then I thought:  I LOVE that song!!!  I want to release it on YOUTUBE with pictures of people with their aunts! Like me & my aunt (see at left).  Or YOU and YOUR Aunt!  Or you and your niece or nephew!

So send me your pictures of YOU with with your aunt – or, if you’re an Aunt – of you with your nieces & nephews – but listen to the song first, because I want photos that look the way the song sounds – nostalgic, and a little bit funky, like from the 40’s – but they don’t have to be from the 40’s (obviously, since the ones at the left is from the 80’s).

Once you hear the song, you’ll know what photos of yours might fit  –  it could be a photo you took yesterday so long as it fits the music (or a photo you take tonight, just for this project!)

So… how do I get these photos from you? We’ve never done this before, so we don’t know for sure if this will work, but we have a “Plan A:” 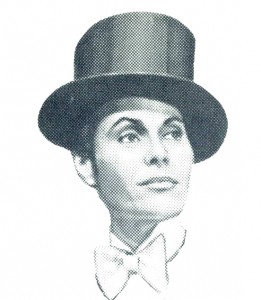 My Aunt Gloria as my Uncle Bertie

And for people, like me, who get nervous about following rules: Yes, Great Aunts, Aunt-in-Laws, and Pseudo-Aunts are fine – my Auntie Jane, for example, is my aunt’s best friend – so she became Auntie Jane over time.  And, yes, she’s an Auntie.

Uncles are probably even fine, so long as they’re dressed up as Aunts, and of course Aunts-dressed-as-Uncles are perfectly fine (case in point, my Aunt, at right, in top hat, tuxedo and bow-tie).

When you hear the song, you’ll know what kind of photos fit.