Jazz Standards: If Only I had the KEY!

When I got my first gig playing lush hotel lobby music with the strolling violins of “Danny Yale and the Regency Strings” I did not personally have to stroll.  Nope, my job was to play sweeping glissandos at the beginnings and endings of tunes and at choice dramatic moments in the music.  Also to wear long gowns and high heels.

But quick, before you read more – if you’re starting to play jazz on the harp, save yourself some heartache and download the list of tunes I wish I’d had when I started:

So … here’s what I looked like back then.  I was trying hard to look like a ‘real harp player.’ 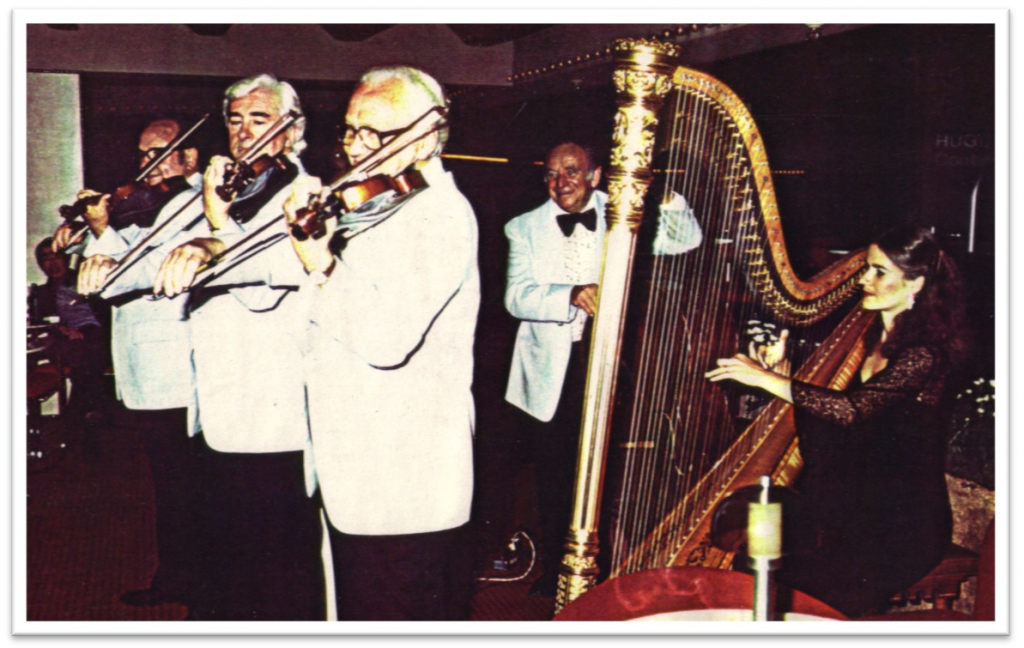 Jack Nebergall, the harpist I subbed for, showed me the ropes — but didn’t mention anything about the music, except to say it was all out of the American Songbook (standard pop and movie tunes from the 30’s, 40’s and 50’s). I didn’t actually have to play the tunes – I just had to set my pedals for the key we were in, and create dramatic swirls at musically opportune moments.  So long as I knew what key were in I’d be fine and I figured the bandleader would just yell that out before we started each tune. Only he didn’t. He just yelled out the name of each tune. And I’d sit there struggling to figure out the key.

If Only I had the key!

It’s all in the name

So when Danny yelled out “Over the Rainbow,” everyone knew that meant we were playing in Eb Major. If he yelled “Girl from Ipanema” that meant we were in F. If he shouted “Misty” it meant the key of Eb. The idea that songs lived in specific keys had never occurred to me.    I thought that songs got shifted around from key to key depending on the vocal range of whoever was singing.  I also thought that the underlying ‘feel’ – whether a tune bounced and swung or had a Latin beat — was totally arbitrary.

Now I have the KEY!

Well now, when I coach harpists in how to play jazz, one of the first things I give them is a STARTER-LIST of standard tunes and their keys so they don’t have to go through what I went through.

You can read about it here, or click to get the key chart below  – it won’t cover every jazz standard, but it’ll give you a starter list of 75 tunes, their keys and tips for harp players on which ones to try first.