A Celebration Barn Moment from the Past

On Saturday July 27th I’ll be back at the Celebration Barn Theater in South Paris, ME – for just ONE SHOW! So don’t delay! Buy your tickets NOW!

(More show info at the bottom of page)

I love all the spontaneous things that can happen at my shows!  Here’s one of those things that happened at the Celebration Barn almost 9 years ago…. 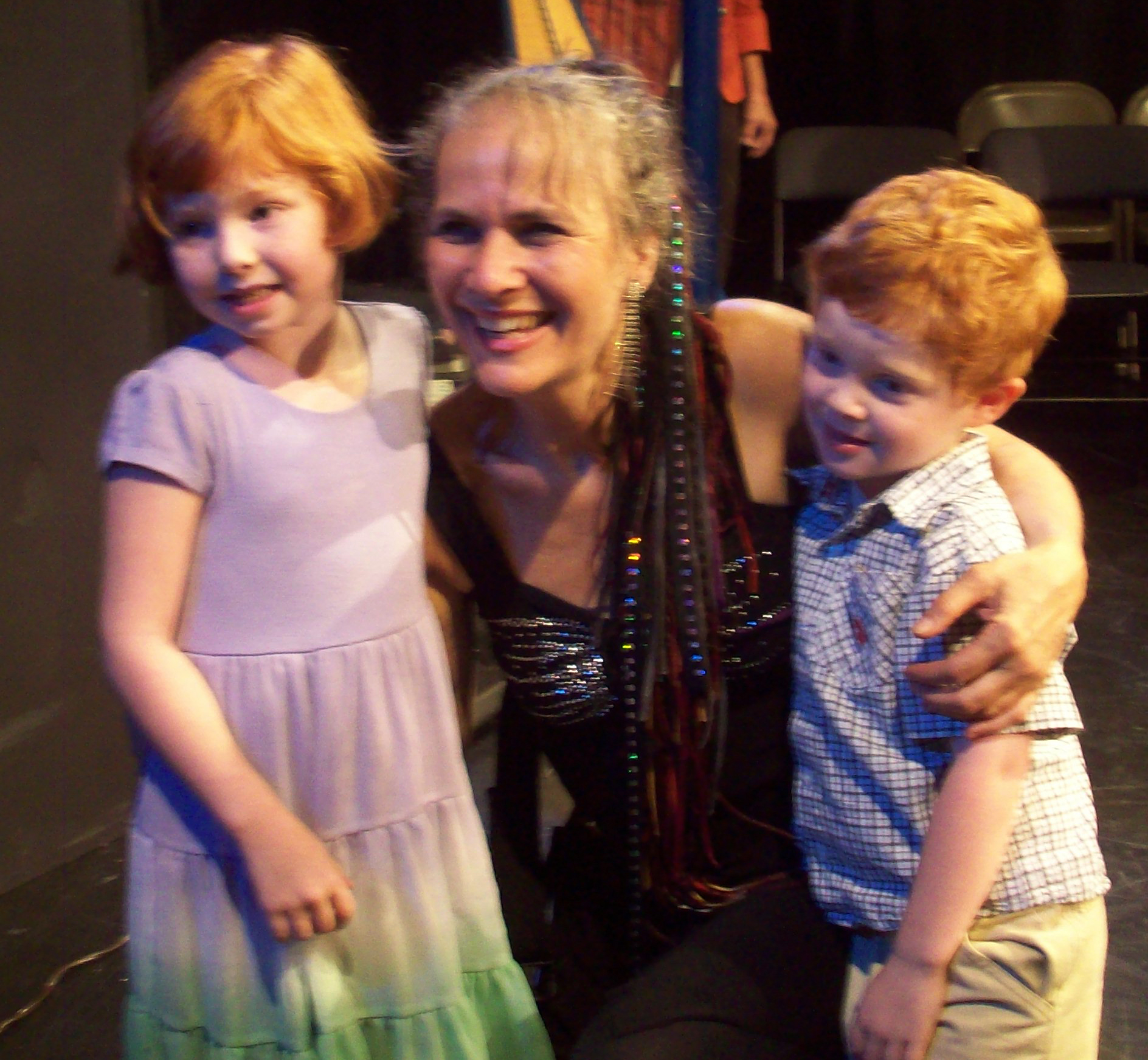 Celebration Barn 2010 – Meeting the kids after the show

Up at the Barn that weekend my show was sold out early and there was a waiting list of nearly 50 people by noon on the day of the show.  The Barn is kind of in the middle of nowhere – unless you’re there, in which case it’s the center of the Universe – and I didn’t like thinking that people might drive a long way and then be stuck outside with the mosquitos.

So I reminded Mandy Huotari, who ran the Barn, that I didn’t really need the whole stage, and told her that when I used to tour Germany and shows sold out, we’d often seat people right on the stage itself.

What I WASN’T expecting was the two adorable little kids sitting nearly center stage, the lights glinting off their red hair. They were wiggling.  And hands-down, they out-adorabled me.

I moaned about it to Mandy, and she said, “Do you want me to tell them to move?”  Oh, argh, I thought … “No, let’s just wait and see how it goes in the first set.  If it’s a problem, we can ask them to move after intermission.”

I want to point out that I’d just spent a very intense week teaching about 12-hours a day.  So, without thinking much about it, I kept vamping on the tune, looked at Big Red and said,  “Just whack him.”

Little Red was back in row two.

So far, so good, but I knew that the last song in the set would be “The Nightingale,” a lullaby about my mother’s voice as she sang me to sleep.  I love the song.  I love to lose myself in it, and somewhere in unvoiced dreams I believe that if I can enter the experience of that song enough, I’ll really be there again. The idea of a disruption in that song is painful.

So what made me do this, I don’t know, but I walked over to Big-Red,  knelt down on the floor and sang it right to her.  She watched, completely unself-consciously – enough to take me there myself, and when the song was over, her mother was in tears behind her.  Me, too.

Don't know what made me do it - I walked over, knelt down on the floor & sang it right to her. Click To Tweet