My Own Creative Voice – Stephanie Evans, A Year in ‘Harness Your Muse’

Stephanie Evans is one of the members of my 2016 “Harness Your Muse” Mentorship program.  Here’s a bit of her story and what she got from her first year in the program.

First, a little about Stephanie: she started the harp as an adult, after studying classical flute with top-tier instructors and mentors like Roger S. Stevens, former Principal Flutist of the Los Angeles Philharmonic – and exploring composing, arranging and conducting under the direction of the Dick Grove at the Dick Grove School of Music in the Composing and Arranging Program.

What Stephanie wanted to find was her own creative voice with the harp.  Here’s how Stephanie tells it:

I came to the harp as an adult with a classical background in flute. I left classical music and got to the point where I was fine with it – and then something inside of me said ‘play the harp’ and I was like, ‘No way! I know what that’s like.’ 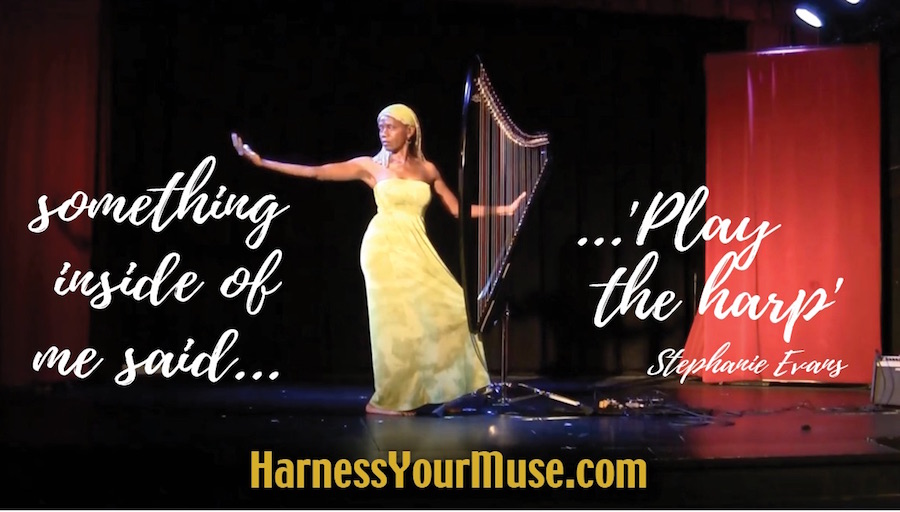 I knew I wanted to do something different.   I just didn’t know what. 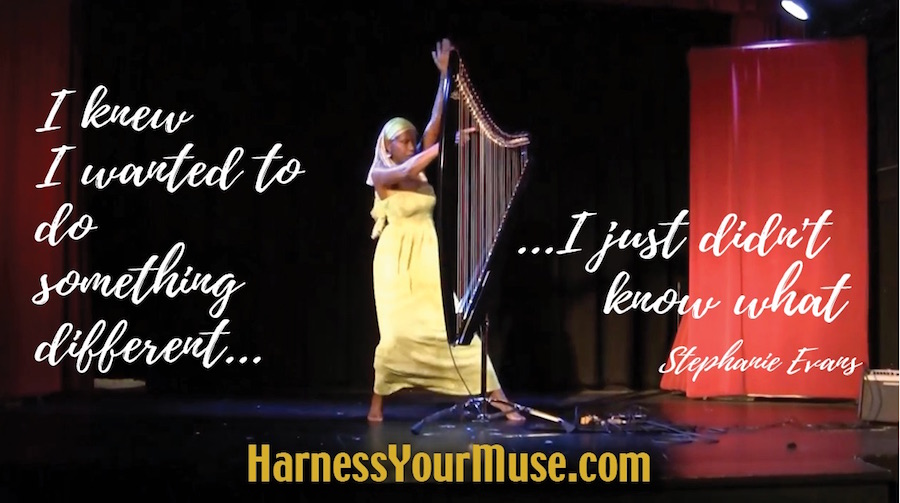 But Deborah pulls things out of you that you didn’t even know were there.

She’s able to make these connections and before you know it you’re doing things that you never thought you would do.  And she gives you all these ideas and has you implementing them

Right now I’m in a period of of doing a collage.   I’m doing live mixed-media, where the media mix is the harp … and me 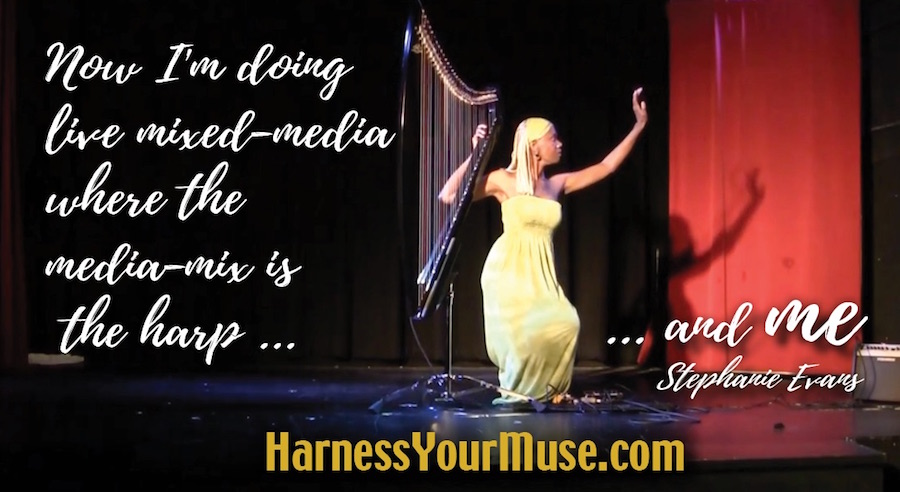