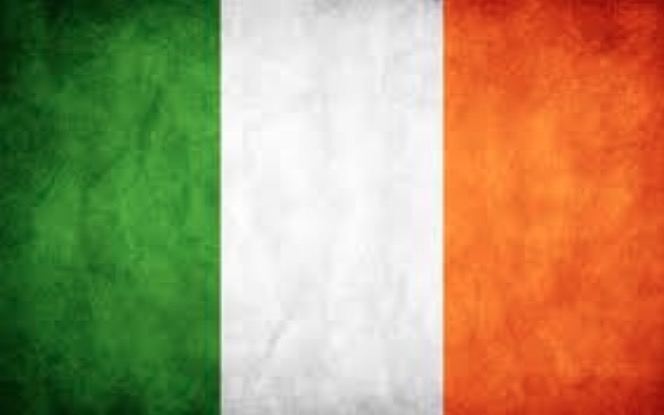 Pinching!! That’s what I remember about St. Patrick’s Day as a kid. But living under the O’Leary’s completely changed my take on the American Irish experience.

I moved to Boston in my early 20’s from California, and after a few roommate situations, I found my own apartment in one of the ubiquitous two-family homes in Somerville, just outside Boston. There, for 18 years I shared a ceiling with the Rambunctious O’Leary’s who celebrated St. Patrick’s day annually. And by that I mean all year long. I should also say that the ceiling we shared was their floor.

I shared a ceiling with the rambunctious O’Leary’s who celebrated St. Patrick’s day annually. And by that I mean all year long. Click To Tweet

On St. Patrick’s day the O’Leary’s flew the Irish Flag, their grandchildren performed Irish stepdance and Mary Lou begged me to stuff her into my suitcase when I went to record a PBS Special in Ireland. “I’m small. I’ll fit!” she said.

The O’Leary’s were Irish through and through. And for me, living below them was perfect. I loved Mary Lou and Charlie, and they treated me like I belonged there. In the rare times they raised my rent over 18 years, it was always with a written apology. And I loved living close to a family — but not actually in one. It was perfect for me as a composer, too: The O’Leary’s were noisy, but never played the stereo, so no matter how much noise they made, I could still keep my musical thoughts straight – and by setting my music studio up under their laundry room I could practice or compose all night, and no complaints from them.

Only once in nearly two decades did they complain about my noise, and it wasn’t so much a complaint as a cry of alarm. That was when I was learning Mexican Foot-Dancing for a concerto project. And I only complained once too, during an indoor O’Leary-Boys soccer game. I didn’t mind the noise – or even the house shaking – it wasn’t any worse than a medium-grade California earthquake. But if the boys actually crashed through the ceiling, I wouldn’t make my deadline.

In those years under the O’Leary’s my life completely changed. I started touring to Europe, got a record contract, started soloing with orchestras … and spent a lot of time with Celtic musicians, learning about the music and the culture of the many Celtic nations: Ireland, Scotland, Wales, Brittany, Cornwall, Isle of Man, Galicia and Asturia.

When I finally bought my own house, I couldn’t bear to leave the O’Leary’s and I kept the apartment for nearly a year, even though I lived two miles down the road. When Charlie died, I played “Danny Boy” at the funeral – a song I’d never liked as a kid (it only takes one tenor to ruin that song for someone forever). But playing it for Charlie was completely different. I suddenly heard the tenderness.

And when I started spending time with Celtic musicians, I discovered how much we have in common: the love of mixing story with song, the thrill of rhythm, the sense of music as an expression of individual spirit – but also of people as a community.

The influence of Celtic music and culture on my work has been profound. My album ‘The Celtic Album’ can give you a taste of my interpretation of some of the most classic Celtic tunes, many of which have been part of my own American experience.