Are you feeling the freedom? 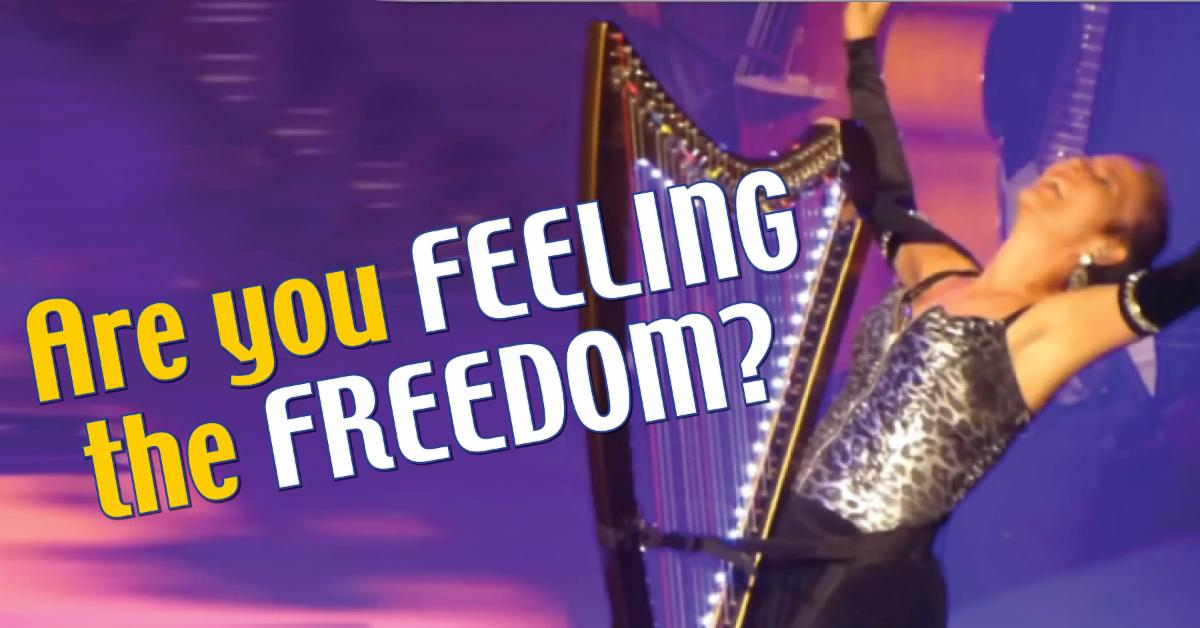 If you’re in the USA today’s the day after Independence Day. The fireworks and the Barbecues are over – but 240+ years ago, today was still just the beginning.

The day we call “Independence Day” was more than a year after the first shots of the American Revolution had been fired at Lexington and Concord (an easy bike-ride from my house – If I could time-travel with my bike). It would be another month before the the famous signatures would be added to it — and five more years of war until the United States became a free and independent nation on Sept. 3, 1783.

Haha! As I write that, OtherMe says: “OR … you could just stop fighting and OPEN yourself to Freedom.” True.

The point is, we can’t do it alone – and we don’t have to. We each have at least a tiny corner of human liberation we know, where we can add to world’s experience of freedom and connection – whether that’s in the limelight of politics, or in teaching someone to tie their own shoes.

My area is music – and this summer I’m deep into sharing what I’ve learned during a lifetime of exploring creative freedom through jazz, improvisation and performance. As a performer/composer I’m constantly searching for musical structures that will create freedom of expression for me or the people who perform my music, and searching for ways to teach freedom of expression to the 150 students in my Hip Harp Academy.

If you play the harp – join me this Sunday, July 8th for a FREE play-along webinar called “Play with Freedom” and if you don’t play harp – come join me in the Boston area Thu. Aug 16 at the Regent Theatre as I join performers Christine Lavin, Jimmy Tingle and Don White in a very special fundraising concert for Tingle’s run for Lt. Governor – Info & Tix HERE.